Driven from the ambitious goal of achieving the intermediate language level competence in the Chinese language (Hanyu Kouyu Shuiping HSK4) and reassured from a fitfteen years experience in language teaching, I enrolled into one of the most prestigious China’s universities: East China Normal University 华东师范大学. On January 2009 at its university campus I started the journey into the mysterious and exotic world of the Chinese language. 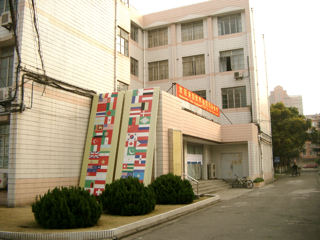 The first semester at university

The first semester at university was an intense intellectual and organisational activity. On one side, I was learning a language completely different from the languages I already mastered. On the other side, I was confronted with teaching methods and learning material that I perceived as obsolete. Despite my initial scepticism, I welcomed this experience as an opportunity to reflect on the degree of change Western language pedagogy had undergone during the last two decade.

During the first months of learning I spent my days memorising vocabulary. Lots of them. I wrote each character hundreds of times on traditional Chinese school notebooks. I studied my books till late at night, reading-aloud long lists of terms and paying attention to pronounce the hidden vowels of the treacherous pinyin system. I learnt by heart entire passages of texts hoping to be able to reproduce them in class during the first teaching unit. I inferred grammar rules from the poor grammar explanations I received in class. I strived to complete my written assignments on time, assignments that the teacher would have collected for correction in the first class hour. 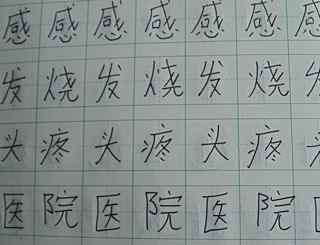 On the search for better learning environments

After the completion of the first semester at university and despite my great cognitive and organisational envolvement, I was still unable to manage simple conversations. I could say I want to transform my money into working capital (让死钱变活钱)—yes, money is the core of the Chinese culture indeed!—but I couldn’t confidently say Please wait your turn! or That’s a small present for you. I hope you will like it. Great expressions indeed to impress my Chinese friends by showing good manners and to set the condition for a prospering 关系 (guānxì, relationship).

I felt dumb and constrained, my brain filled with apparently useless terms scattered around without a system. I realised that during the first months of learning I had forced a lot of characters into my brain, but I had not developed a reliable mechanism for blending the concept and its components—sign, meaning, pinyin and tone—into a stable communication unit. I felt these information as isolated data disseminated between neurons with no synapse able to merge them into meaningful communication units. 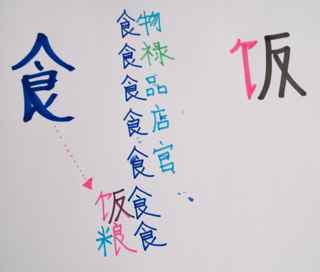 If, by mean of Fortune, I would have been able to “retrieve” the sound for the concept “repair” 修 (xiū), my brain would have been struggling to remember its tone, while my mouth would have strived for its correct pronunciation, which actually requires the adding of an o between i and u: xioū. After having invested such a great effort and time, 听不懂你的话!哈哈! tǐng bù dǒng nǐ de huà! haha! (I do not understand what you are saying! [laugh!]) was the worst response people could have given me. Continue reading…>>

Tweets by @MicaelaAndrich
Micaela Andrich 米凯 has been working in the software and automotive industry in Europe, Australia and China implementing localization management solutions for big internationals. Her specialization fields are Knowledge Management, Text Curation and Online Marketing and Language Teaching. 米凯多年来一直在欧洲、澳大利亚和中国多个地区就职于软件和汽车行业，为国际化大企业寻求本土化管理解决方案。她的专业领域涵盖了知识管理、术 语管理和语言教学。米凯拥有语言领域的硕士学位，所掌握的语言包括意大利语、德语、英语和中文。