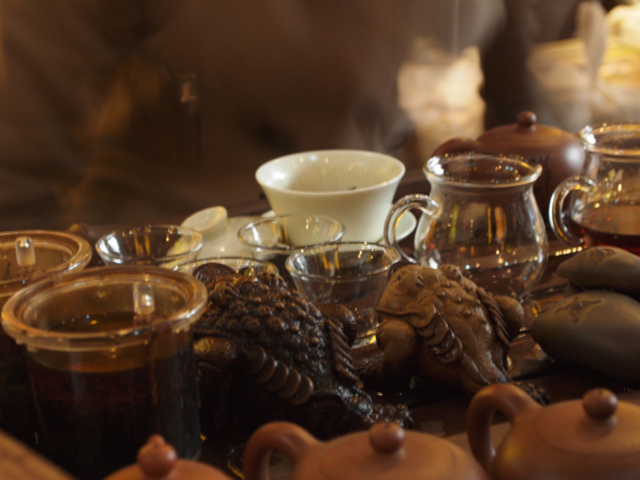 Chádào 茶道 is the art of making tea. The making and drinking of tea which shows good manners, personality, taste, and aesthetic understanding, and which began in the Tang dynasty, became popular in the Song-Ming period, and was introduced into Japan and Korea, where it developed into local forms. Explanation from nciku.